Original US Army Issue 173rd Airborne Brigade (Sky Soldiers) subdued patch with AIRBORNE tab.  OD and Black embroiderey used from Vietnam till 2004.  Best known for its actions during the Vietnam War. The brigade was the first major United States Army ground formation deployed in Vietnam, serving there from 1965 to 1971. Noted for its roles in Operation Hump and Operation Junction City, the 173d is best known for the Battle of Dak To, where it suffered heavy casualties in close combat with North Vietnamese forces. Genuine US Army surplus, Made in the USA, in New, Unissued condition. 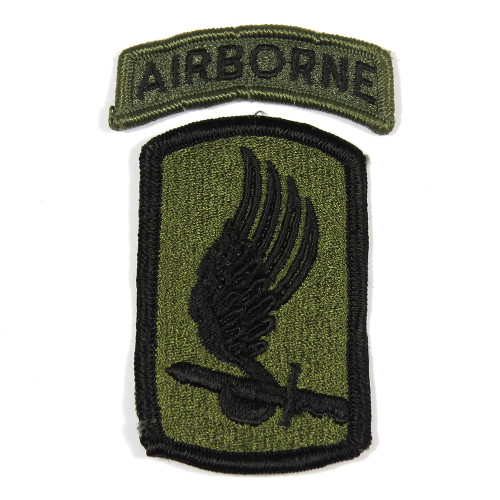