The Order of the German Eagle (German: Verdienstorden vom Deutschen Adler) was an award of the German Nazi regime, predominantly to foreign diplomats and Military Leaders. The Order was instituted on 1 May 1937 by Adolf Hitler. On 27 December 1943 the Order was reorganized into nine classes. The Grand Cross of the Order of the German Eagle in Gold with Star (Goldenes Grosskreuz des Deutschen Adlerordens) and swords was the highest level of the award given to political and military leaders. 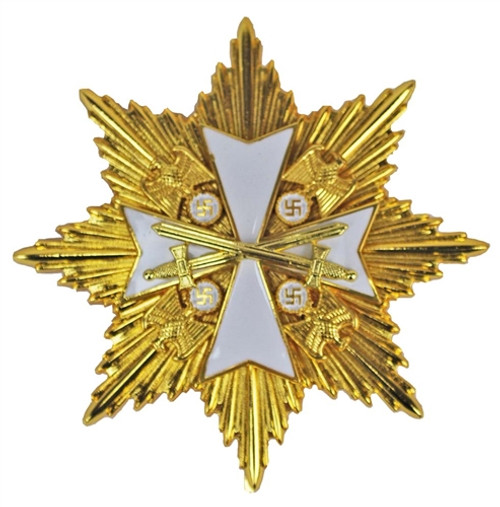