Honor Chevron for the Old Guard

The Honour Chevron for the Old Guard (Ehrenwinkel der Alten Kämpfer) was a Nazi Party decoration worn by members of the SS. The silver chevron, which was worn on the upper sleeve on the right arm, was authorised by Adolf Hitler in February 1934. All members of the SS who had joined the Allgemeine SS, the NSDAP, or any other party organisation prior to 30 January 1933, were entitled to wear the insignia.  This is a nice reproduction that can be worn on either the Black or Field-grey uniform. 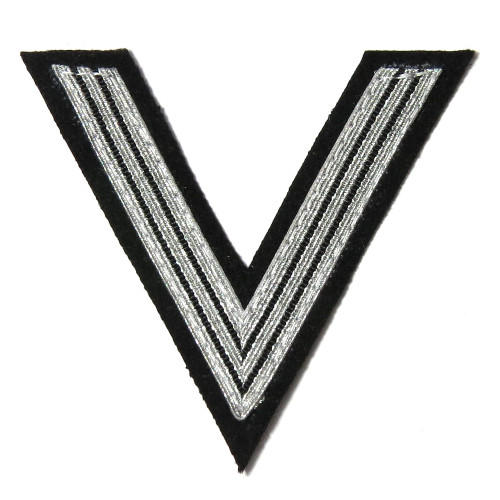 Honor Chevron for the Old Guard