For decades, these scarves, also known as Keffiyeh have been issued to British soldiers who now, almost exclusively, refer to them as shemaghs. Their use by British military forces dates back to before the Second World War. Because of its utility it was adopted by the many other Western Forces since the Vietnam War, and extensively during Iraq and Afghanistan, particularly by US and other coalition forces. Since the beginning of the War on Terror, these keffiyeh, usually cotton and in military olive drab or khaki with black stitching, have been adopted by US troops as well. Avilable in OD/Black, Tan/Black, Coyote Brown & White/Black. 110 cm X 110 cm. New, 100% cotton. 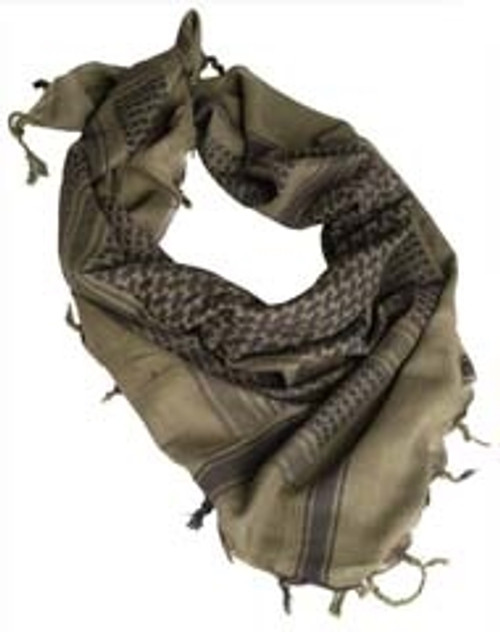