The Anschluss Commemorative Medal (German: Die Medaille zur Erinnerung an den 13. März 1938) was a decoration of Nazi Germany awarded in the interwar period. Instituted on May 1, 1938, the medal commemorated the annexation of Austria to the German Reich, the so-called Anschluss. The medal, known as the "Anschluss medal", was awarded to all those Austrians who contributed to or participated in the annexation as well as the members of the Austrian National Socialism movement. It was also awarded to German State officials and members of the German Wehrmacht and SS who marched into Austria. It was awarded until December 13, 1940. In all 318,689 medals were awarded. 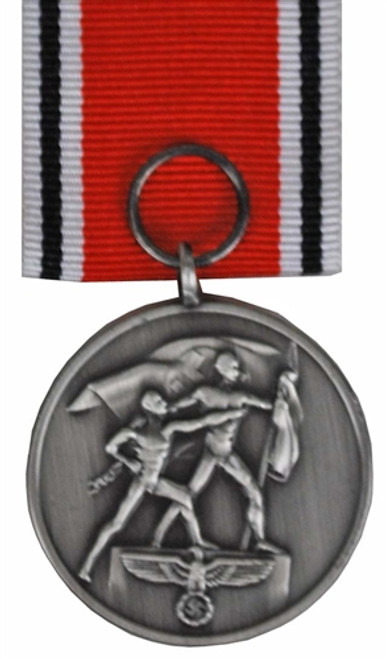