The West Wall Medal (German: Deutsches Schutzwall-Ehrenzeichen) was a political decoration of Nazi Germany. It was instituted on 2 August 1939 and was given to those who designed and built the fortifications on Germany's western borders, known as the West Wall or, in English, the Siegfried Line, and to the troops who served there between 15 June 1938 to 31 March 1939. In all 622,064 medals were awarded until 31 January 1941. In 1944, after the allied invasion, it was again "re-instituted" and awarded to those who took part in the fortification of the western borders. It awarded to over 800,000 men in total by the end of the war. 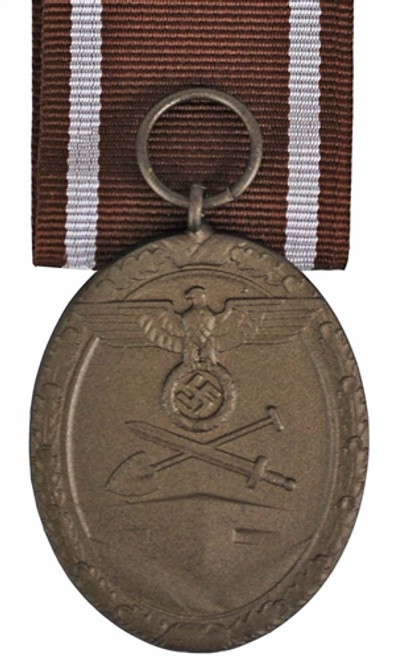